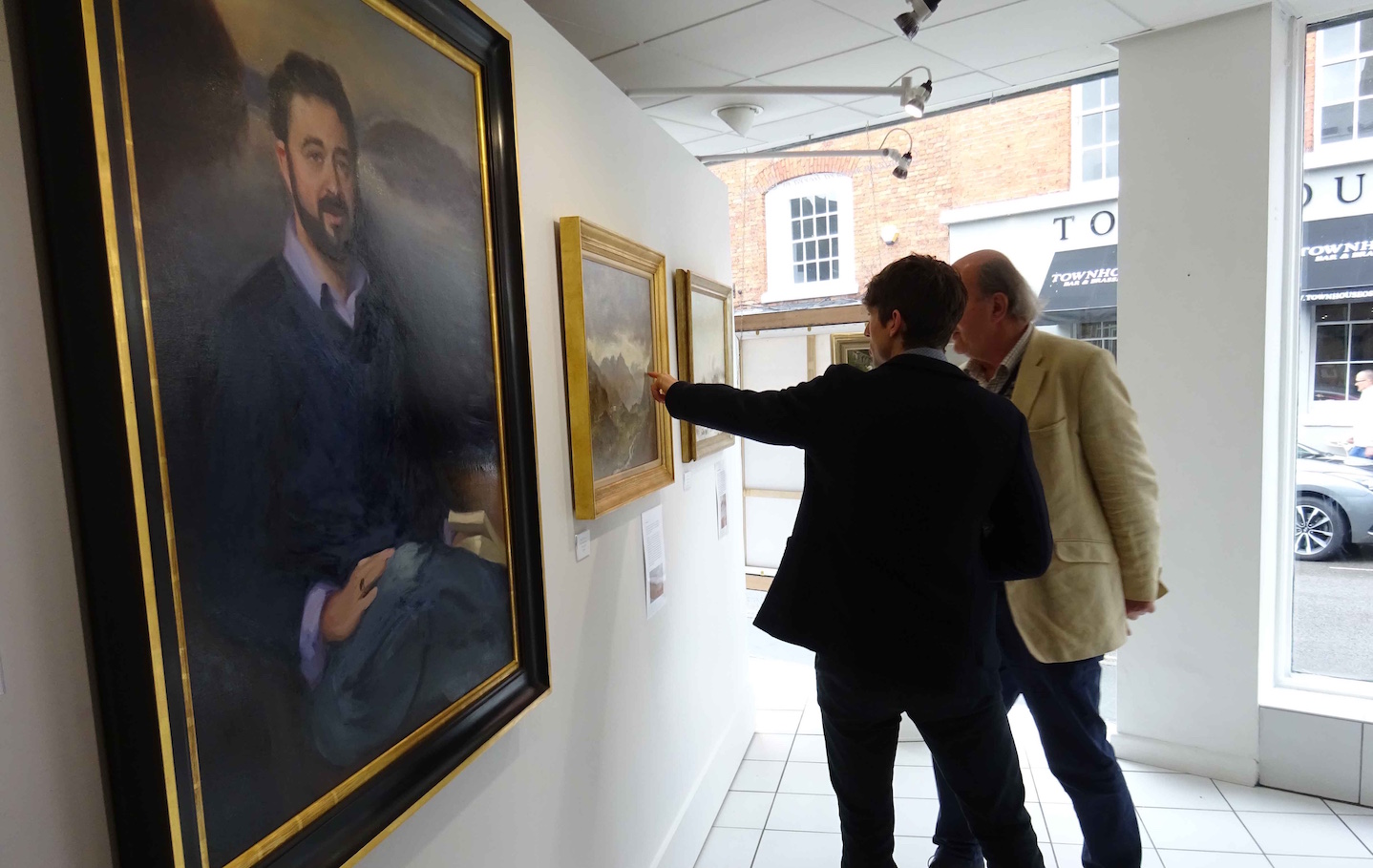 Daniel J. Yeomans was born in Bedford 1986, and spent his childhood living just below the Malvern hills, where he was nearly always to be found with a pencil in his hand.  It was here that his love for nature and the outdoors, it also his love of art began.  Daniel then moved to the Midlands to study Art at college, along with Design & Media.

At the age of 20, a fascination for travel impelled a move to the Swiss Alps to live and work.  Daniel remained here for five years, until eventually heading to Florence to pursue his career as an artist.  He studied at the Charles H. Cecil Studios in Florence, where he trained using a technique known as ‘sight-size’ favoured by many of the masters such as Velasquez and Van Dyck.  Receiving a scholarship enabled Daniel to remain for a second year as a teacher/studio assistant whilst continuing his studies.  Four years after starting his career in Wales, Daniel returned to Switzerland.  In keeping with his training, Daniel continues to paint from life under natural light, and now has a purpose-built studio in Founex, close to Geneva, where he now works and lives.  Accepting commissions from all over the world, continually expands Daniel’s following which now sees his works hanging in private and public collections throughout Europe, Asia and America.  In 2020 the National Library of Wales added his self-portrait to its collection and in 2021 Daniel was made a member of the Royal Cambrian Academy. To arrange a studio visit please contact Daniel via email.

Article in the Chronicle

Talking about the relationship between Daniel and model Timothy Edmunds and their painting project for charity.

Interview with ‘My Shrewsbury magazine’

About painting a Self portrait from life.

‘Making Turner & Constable blush’ talks about the opening of Daniel’s latest exhibition in Switzerland and his journey to be a full time artist.

Article in the ‘Neue Obwaldner’ newspaper

‘ Impressions of Switzerland’. Title translates as: ‘Following in the footsteps of portrait painters from the 19th century

Front page in the Neue Obwaldner