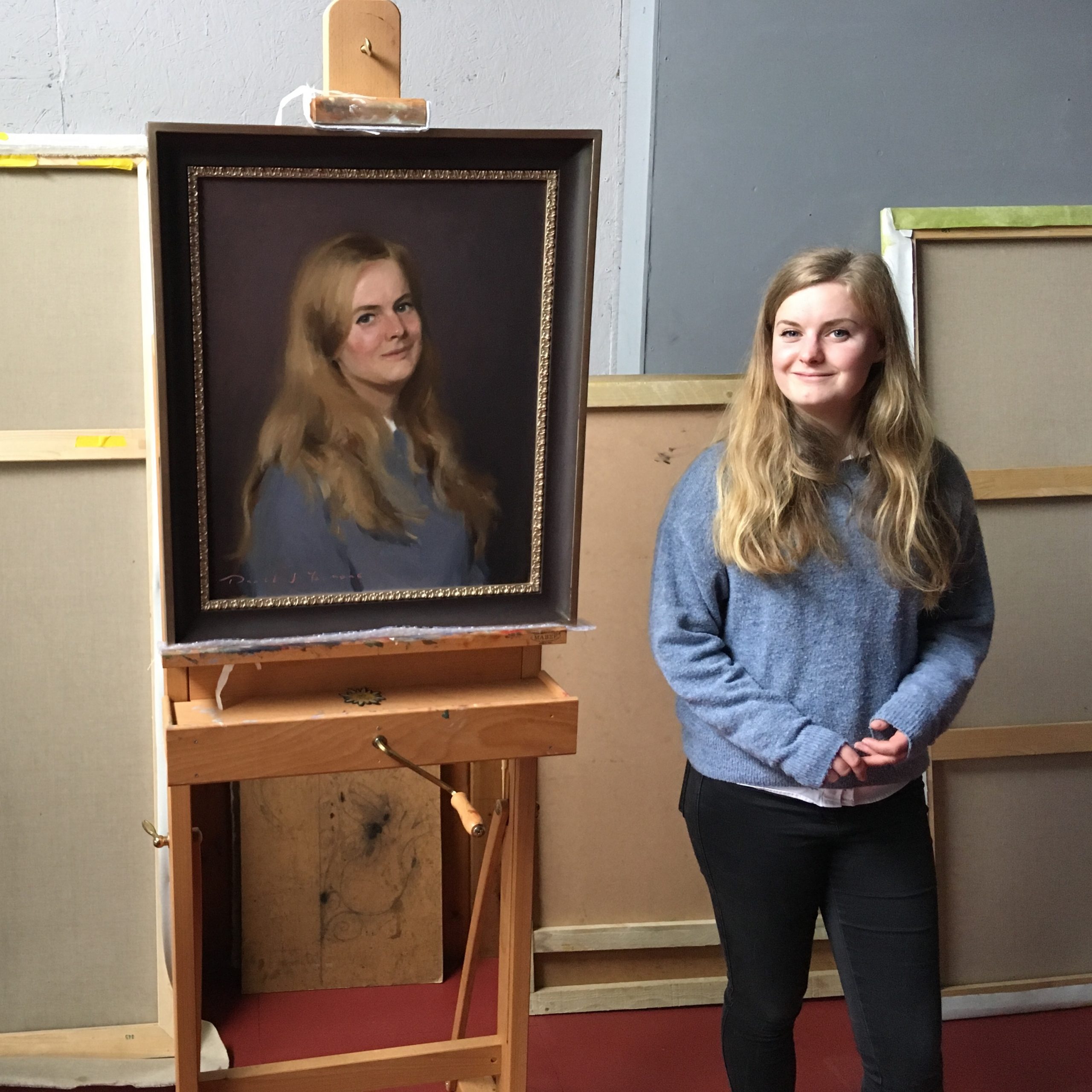 A painting often reveals more than is given away at first glance.  We can perhaps learn more about an artist by looking at their process, than if we were to see a finished piece.

We started out by grabbing a large canvas I had lying in the studio and seeing where it would take us.  In the photo below you can see Emily’s portrait up on the wall.  The original idea was to have her relaxing at work (as she is a student & keen car mechanic) with the dog. 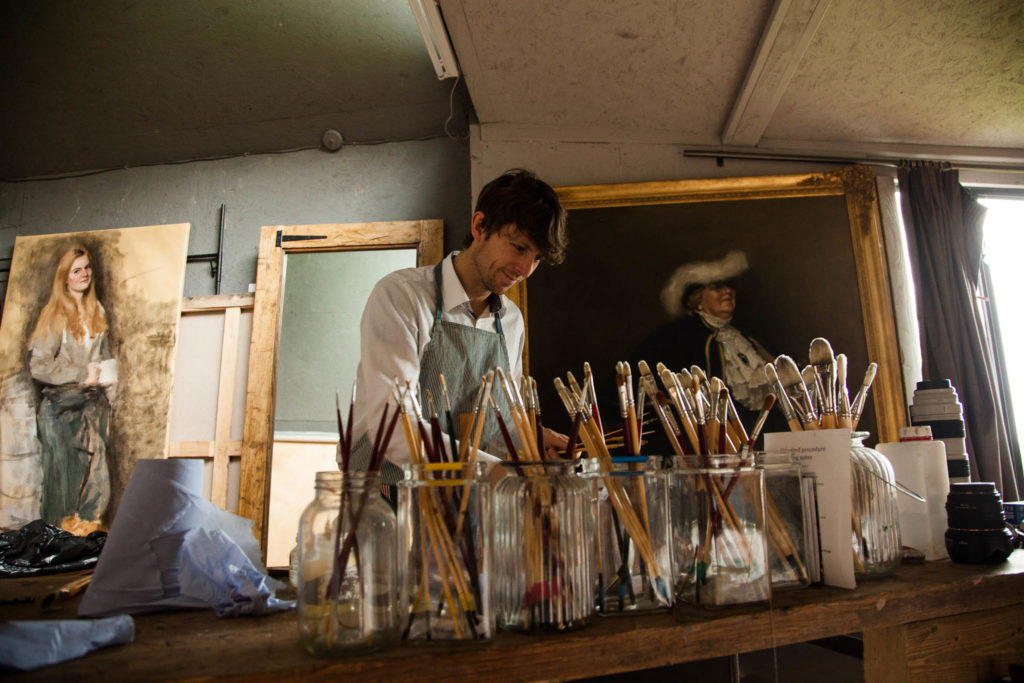 Next we had to build up the background.  Thanks to the kind car garage in Montgomery, we were able to paint in their workshop. The idea was developing well but unfortunately I just didn’t seem able to create enough of a scene to tell the story on such a narrow canvas. 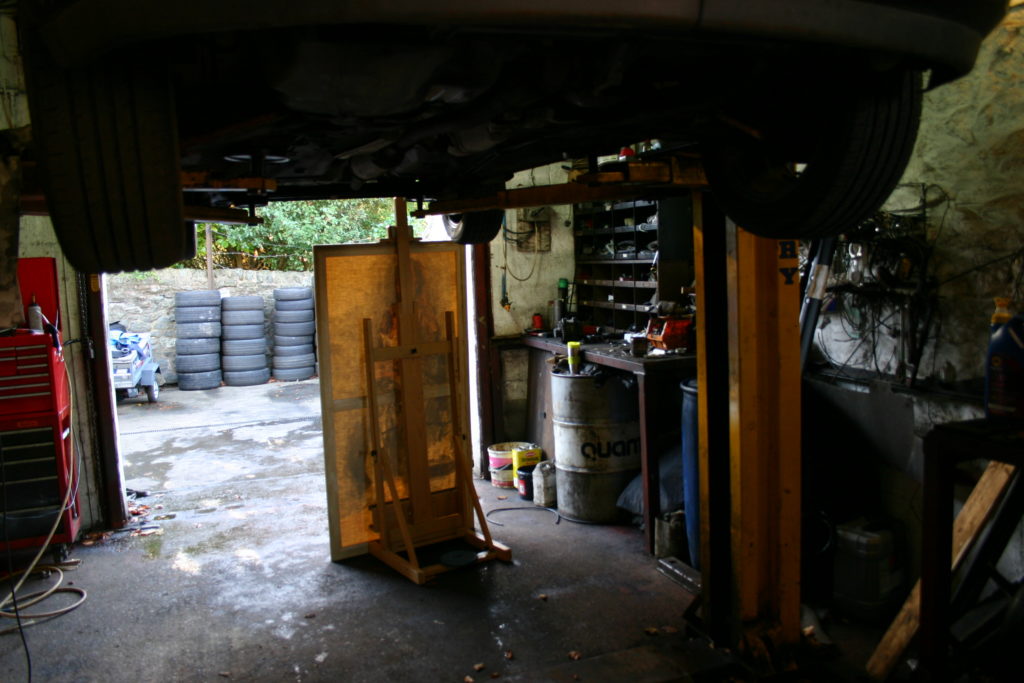 Below is a photo of us changing a few things.  After being unsuccessful at the Montgomery car garage we changed from the hoody to a vest to improve the balance of light and dark. 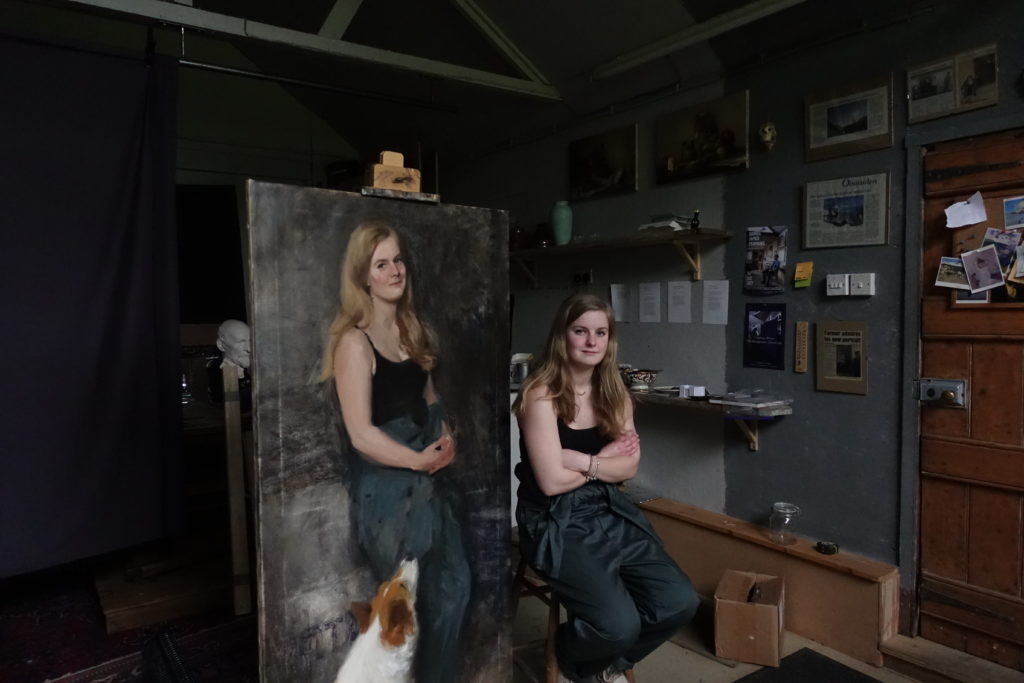 Next stop was Emily’s garage at home.  I thought maybe a change of inspiration I would help find something that would still work on the narrow canvas. 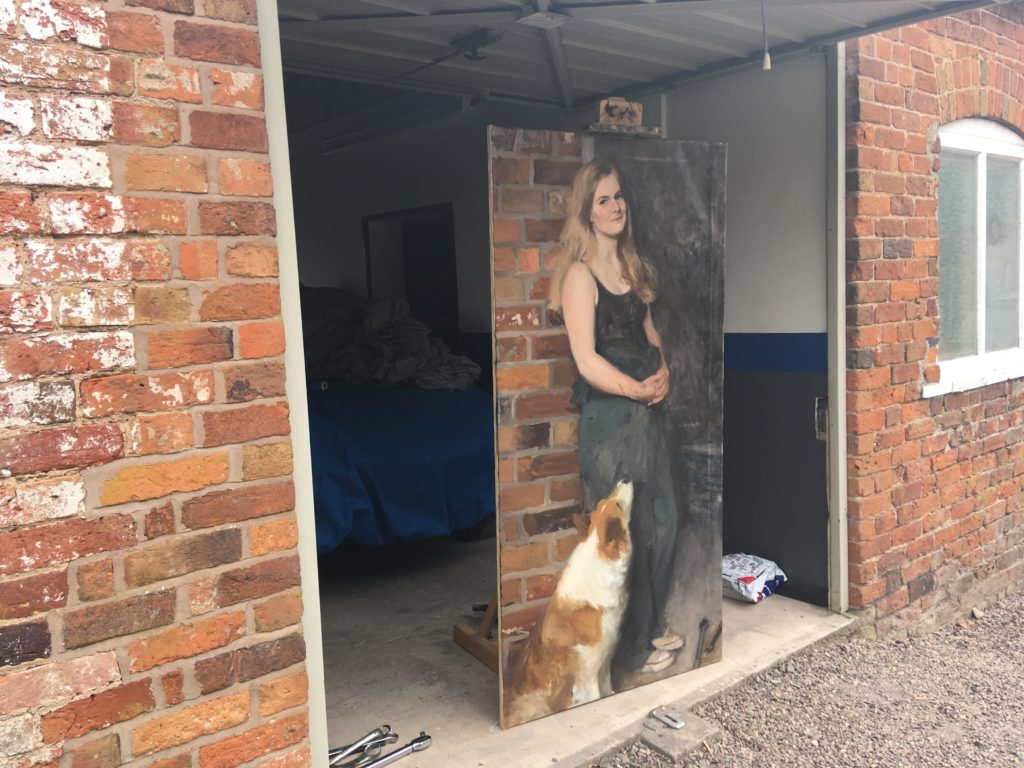 After much deliberation, many different sittings in many different locations trying desperately to save this idea I really wanted to paint I had to surrender to the canvas and cut off the rest.

So because overall composition trumps all else, we cropped the whole painting down to a ‘head and shoulders’. (50cmx60cm)
But beneath the painting lies a number of stories, the process, different coloured jumpers. Take it out the frame and you’ll see the paint continues of the edge of the cut canvas. What set out to be a full length portrait turned out to be a lesson in painting for myself.  Here I learned one of the most important things needed to succeed. Not perseverance, not talent, not chance. But heinsight. So for my next project I will not just grab a canvas without making carefully planned sketches. What you see here, really is the best part of a painting that will never be.

As it is, it reminds me of what I learned during the process.  But mostly, I feel the portrait itself is one of the best I have done to date and I am proud to exhibit it, as it is. Although many will never know, If you look closely you can see the colour of the previous jumper showing through. Left as a hint to all the changes behind the scenes.

“A sketch should be for a painting what foundations are to a house. “

See the finished painting in the main portrait gallery